When you plan a vacation in Europe on a holiday exchange, you may put on your list several tourist destinations, such as the Louvre or Buckingham Palace. While both of these places are fun and interesting to visit, you may have visited them before, and want something new. If you’re looking for a new destination for your European vacation exchange, try some of these hidden gems!

If you are on a home exchange in England, consider visiting Gloucestershire. You’ll find the country beautiful and quaint, with a number of things to see or do. For instance, you can visit the Gloucester Cathedral, which has stood for nearly a thousand years. Being witness to this much history is a great way to spend the day. Visitors are welcome to attend a service or event put on by the church, with a coffee shop available for guests to relax with a cup of tea or coffee. You’ll see architecture and art that dates back to the middle ages while you tour the grounds. One highlight of your trip will be seeing the Great East Window in person, which features an entire wall of glass from the 1350’s. It once was the largest window in the world, and features depictions of popular Christian figures including Jesus and Mary. There’s also more recent art as well, because the cathedral regularly commissions new works from artists.

If you’re visiting London, take a trip to a unique hidden gem known as Wilton’s Music Hall. It’s the largest music hall in the world and is an operating performing arts venue. Thanks to its faithful supporters and volunteers, the heritage of the hall is preserved with loving detail. The sightseeing tour is less than 10 pounds, and highlights the magnificence of the building. You’ll learn about the history of the building, including its original life as a pub and how it survived the London Blitz. In December, an Arthur Conan Holmes-inspired show known as “Mrs. Hudson’s Christmas Corker” will be available. Definitely seek this spot in Graces Alley. Some visitors online have remarked they had trouble finding it, so ask a local if you need to, but be looking out for signage!

London has gardens aplenty, but have you ever visited a working farm? Freightliners Farm is an urban farm with chickens, sheep, cows and more. It’s also a charity, and works to educate its visitors about horticulture and sustainable living. The name of the farm comes from the fact that the animals once lived in railway goods vans, but now they live in proper farm buildings. You can find workshops and other events at the farm, and it’s a favorite with school age children.

Millions of tourists flock to England’s Lake District, home of the Romantic poets. But the lesser-known Fermanagh Lakelands in Northern Ireland are a visually stunning and less crowded alternative. Here you’ll find a museum devoted to Ireland’s patron saint, Saint Patrick. The Saint Patrick Centre is located in in Downpatrick and features interactive exhibits, artifacts and more. You’ll be be informed about the role of Irish missionaries in Europe, and in December, kids can participate in a special holiday program known as “Frozen Winter Wonderland” featuring characters from Disney’s Frozen plus Santa. 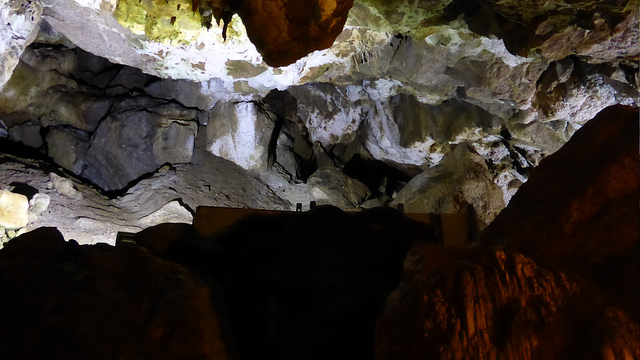 You’ll also find that The Lakelands are known for their authentic castles, Marble Arch Caves European Geopark, and hundreds of square miles of freshwater lakes. The Marble Arch Caves are billed as a “subterranean world” and is full of a natural wonder. You can behold rivers and waterfalls, both underground, while looking at the cave formations. At the geopark, there’s plenty of options for activities, such as cycling, fishing, and canoeing. The caves have itinerary choice or any visitors, with plans for tours, half day visits, full day visits and more.

Everyone knows Tuscany, but an alternative lies in southern Spain. The Matarranya Region, Southern Aragon, is near the River Ebro, Catalonia and Valencia. The spectacular region is loaded with dramatic vistas, ancient kingdoms, vineyeards and fine food. You’ll also find its excellent for guided walking or cycling tours. Take a day and explore this hidden gem on a home swap. If you’re looking for something that’s a departure from the usual, you’ll certainly find it in this region.

Ljubljana is the capital city of Slovenia. The country was part of the former Yugoslavia, gaining independence in 1991. The smallest capital city in Europe, Ljubljana is comparable to Prague, but without all the tourists and hipsters. Slovenia’s history includes stints as part of Italian, Austrian and Hungarian regimes, which means it is a melting pot of culture, art and food. It’s the home of The Railway Museum. The museum lets you browse a wide assortment of railway history inside the former boiler room of a Parmova 35. There’s rooms devoted to transmissions, such as telegraphs, short wave radios, and more, as well.

Amsterdam is the most popular place for visitors to the Netherlands, but Bergen is a great alternative. Just 45 minutes from Amsterdam, Bergen has been an artists’ village since 1900, with painters developing a Bergen School of artistry. The beaches and dunes make it popular with tourists. If you want to be in an “art scene,” it’s an excellent choice. Consider Kranenburgh, an art museum with a garden, coffee shop, and of course, fascinating exhibits. It’s an exploration of art from the 17th century forward, and is good cultural experience for all.

Are you ready for a European holiday exchange? The properties listed on The Vacation Exchange are ready for browsing. You’ll find condos, lofts, apartments, and homes, with each property just waiting to be the perfect spot for your vacation.